The central town square, named after the patron saint of Lovran, is dominated by a magnificent sacral building dedicated to the same saint. The Romanesque Church of St George was built in the 12th century. Its sanctuary with frescoes dates from the 15th century. The church received its final appearance during the Baroque period.

2. Church of St John the Baptist

3. Church of the Holy Trinity

Outside the walls of the Old Town, next to the harbour, there is a park that used to be a cemetery. Of the three former churches, only the one dedicated to the Holy Trinity remains today. This small, single-nave church is the oldest preserved monument in Lovran. In the Gothic period, it received its distinctive door and window frames.

Lovran’s impressive town tower, located on the edge of St George’s Square, was once part of the town’s defensive walls. It is the only surviving remnant of the former fortification system. Today, it is an attractive exhibition space, from the top of which there is a beautiful view of the Old Town, the sea and the Kvarner islands.

The gate that once connected Lovran with its harbour is the only preserved original town gate. It was named Stubica after the flight of steps that led to the harbour and was used by everyone who arrived in Lovran by sea. The custom of stroking the carved stone on the side for a happy entrance into the Old Town has remained up to the present day.

Cortiles are a distinctive feature of Mediterranean architecture: lovely small courtyards surrounded by stone walls that were entered through portals, i.e. arched entrances. The centre of the courtyard was a water cistern. Cortiles are today considered true gems of medieval urban architecture.

The legend in which St George slayed the dragon is the most famous story related to the patron saint of Lovran. On the house that was once the centre of the town administration, opposite the Church of St George, a lunette of the stone portal is surrounded by a wooden relief depicting this legend. It is the work of local masters from the beginning of the 19th century.

Mustaćon, translated as the ‘Moustached Man’, is a striking motif in the lunette of the portal of the patrician house on the Old Town’s main square. The relief of a dark-skinned man with a moustache, beard and turban is the work of master Mihovil Zierer’s workshop in Rijeka. Its task was to protect the house from evil forces.

9. Stone Plaque in memory of the visit of Frederick Augustus II of Saxony

Lovran was a frequent destination for European monarchs. The King of Saxony Friedrich II Augustus, a passionate botanist who explored the natural riches of Mount Učka, visited the town several times. The plaque in Latin and Italian commemorates his visit to Lovran in June 1845.

Vicko Palmić was one of the Quarneroli, skilled sailors from this area who took part in the Austro-Hungarian North Pole Expedition at the end of the 19th century. A plaque commemorating the venture of the Admiral Tegetthoff and the fearlessness of the Kvarner sailors was placed at his birth house in Lovran.

Lovran is the only historic town in this area built along the harbour, right on the coast. Its small harbour, known locally as Mandrać, was the centre of economic activity. Connected to the Old Town by Stubica Gate, it is still a picturesque place where one can get to know both the past and present of Lovran.

The oldest settlement on the Liburnian coast

For a long time, the name of Lovran – or, before that, Lauriana – referred to only a part of today’s town. The fortified town by the coast, built above the harbour which connected it to the world and which provided the basis for a local economy focused on trade, shipbuilding and seafaring, is the oldest settlement on the eastern coast of Istria. People lived in this area even before the first official mention of the town in the 7th century. For almost 1,500 years, from approximately the 5th to the 19th century, everyday life was almost identical. Supreme authority changed from Byzantium, the Frankish state, Croatian rulers, and Austrian emperors to Napoleon, but the people of Lovran always remained on their own. The town was the birthplace of some of the most skilled shipbuilders and seafarers in the Mediterranean.

The new look of Lovran

The local natural and cultural heritage, beneficial climate and historical sights made Lovran one of the key Adriatic destinations in the second half of the 19th century. The town expanded beyond its mediaeval walls and along the coast. According to the designs of Europe’s leading architects, beautiful Secession-style villas were built, surrounded by lush parks with fantastic views.  Luxury hotels, town cafés with a Viennese touch, green parks and the coastal promenade located between the sea and the beautiful buildings created a ‘town within a town’ and defined the new appearance of Lovran. The Villa Fernandea was the cradle of Lovran tourism since it was the first facility on the entire riviera built exclusively for tourism purposes. Opened in 1873 as a guesthouse owned by Teresina de Persich, it had been extended twice by 1906. It still serves its original function. 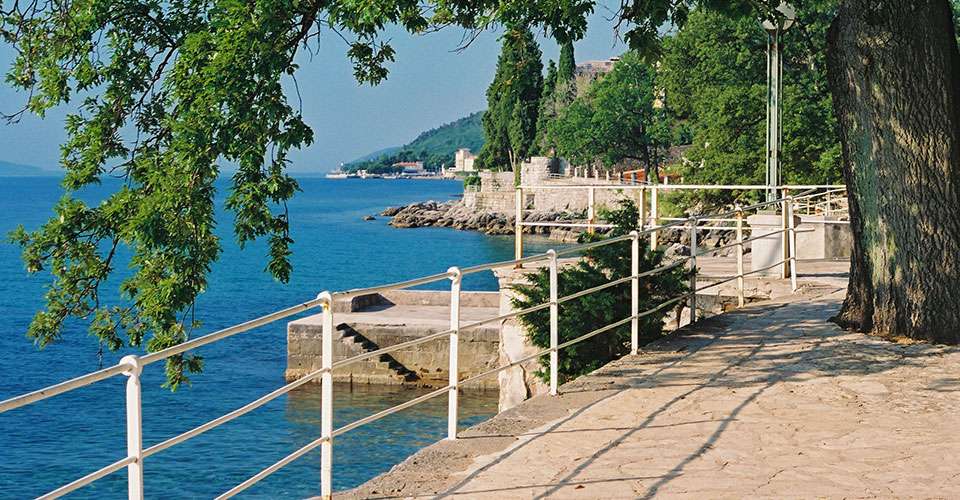 This 12-kilometre-long promenade, built more than 110 years ago, connects all the places along the coast of the Opatija Riviera from Lovran to Volosko. A walk along this seaside promenade offers not only beautiful views of hidden coves and beaches, but also of many historical and tourist attractions

The famous Villas of Lovran

Between Lovran and Ika, the most beautiful and famous Lovran villas rise along the coastal promenade. Before the new era, over two thousand years ago, Lovran caught the eye of the wealthy ‘rulers of Europe’ – the Romans. Patrician families chose this coast for their summer residences. 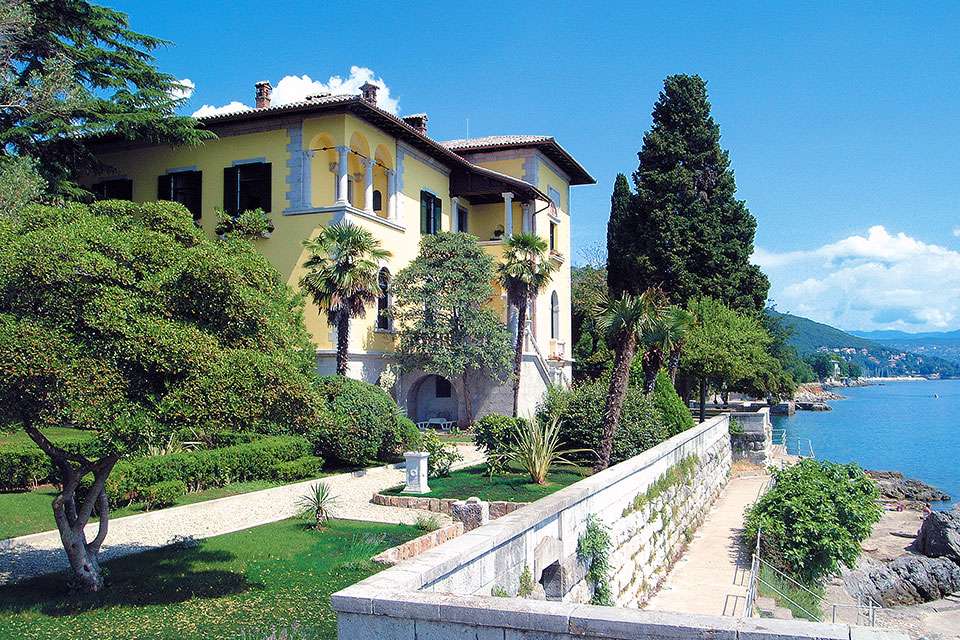 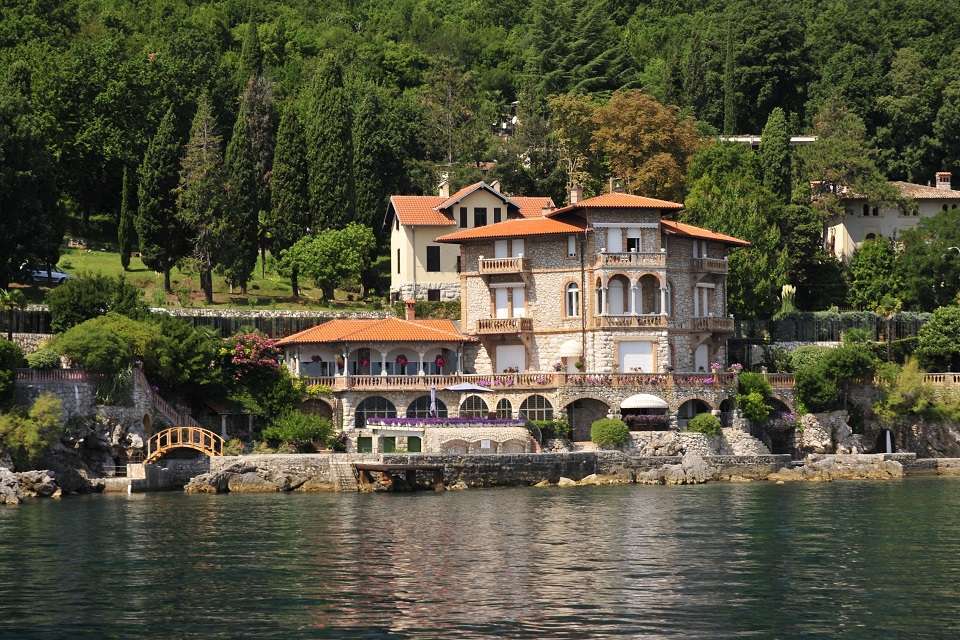 More in the Story of Lovran